Harris is an international communications and information technology company serving government and commercial markets in more than 125 countries. Headquartered in Melbourne, Florida, the company has approximately $5 billion of annual revenue and about 14,000 employees — including 6,000 engineers and scientists. Harris is dedicated to developing best-in-class assured communications® products, systems and services.

Harris Corporation was founded in the 1890s by Alfred and Charles Harris. The brothers ran a jewelry store in Niles, Ohio, while they tinkered with a variety of new gadgets. Their first truly successful invention was an automatic sheet feeder that eliminated the laborious job of hand-feeding printing presses.

Ironically, the sheet feeder was too advanced for the printing presses of the day, so the brothers developed a new printing press that was better able to accommodate it. The press was revolutionary, delivering 10 times what a pressman could feed by hand. In fact, the press was so much faster than anything available that the brothers had to understate its capabilities in order to get potential customers to believe them.

On December 23, 1895, the Harris Automatic Press Company was incorporated. The company went on to produce many printing innovations during the early 1900s. By the middle of the century, it had grown into one of the world’s largest and most successful manufacturers of printing equipment under a new name – Harris-Seybold.

Moving Into the Space Age

The company continued to grow and evolve, and in 1957, Harris-Seybold merged with Intertype Corporation, a world leader in typesetting equipment. Company leaders wanted to move beyond printed communications into the broader field of electronic communications. Thus began a series of moves that transitioned Harris-Intertype into the Space Age and added broadcasting and microwave communications capabilities.

The company’s transformation to a pure electronics business began in 1967, when it acquired Radiation Inc., a manufacturer of space and military technology located in Melbourne, Florida, just south of Cape Canaveral.

Radiation was a premier developer of miniaturized electronic tracking and pulse code technologies for America’s fledgling space program. Its products were used on the nation’s first communication and weather satellites, by the military for various missile systems, and were instrumental in the first manned space flights and the Apollo missions to the Moon.

In 1974, the company name was changed to Harris Corporation, and its headquarters moved from Cleveland, Ohio, to Melbourne. In the 20 years that followed, Harris sold its printing business and significantly expanded its electronic product offerings and market reach. By the time of its centennial celebration in 1995, Harris had emerged as a global company serving a broad base of communications and information technology markets.

During its 117-year history, Harris has transformed communications and information technology – from the early printing press, to the Space Age, and to today’s fast-paced digital age. Since its beginnings, it has focused on providing innovative, reliable solutions that deliver critical information at the right place, at the right time, and on the right device.

Today, Harris is one of the only companies focused exclusively on developing the most trusted voice, data and video networks – networks that touch millions of lives every day. Harris solutions are taking network reliability and security to an entirely new level and are solving the toughest technology challenges faced by businesses and governments around the world.

Every day, the company’s employees serve customers around the world, in markets where trusted network solutions are critical to success – defense, national intelligence, civilian and international government, public safety and public service, energy, and maritime, broadcast and new media, healthcare, and enterprise.

Wherever critical decisions depend on assured communications®, Harris is there. Trusted when it matters most.

GTRA is a unique forum, bringing together many senior, technically focused, executives in a single interactive setting of roundtable and one-on-one discussion. Their unique version of a Summit format allows commercial and government IT Leaders to come together and discuss information management solutions to their shared mission critical challenges. This non-sales environment builds trusted, long-term relationships and allows the sharing of requirements, architectural frameworks, and valuable insights from an operational perspective.

As an AFCEA member I think this is very impressive and feel appreciative for forums like GTRA that are facilitating to provide outstanding opportunities for collaboration and convergence of ideas, concepts and thought leadership. GTRA through enhanced collaboration with GITEC has opened the doors in bringing Government and Industry together. It will take synergies such as these to affect positive organizational and national progress in cyber security awareness, knowledge and education through people working together.

I’ve been at this 20 years and this was the best conference that I’ve been to. GTRA has a young aggressive staff who is able to pull in key people and the roundtable concept worked very well. The government executives were committed to the process as well as the solution providers. I spent major individual time with all participants! GTRA did a tremendous job! We closed one contract within the first few months and have a seven figure deal that is also going through!

I’m very impressed with the value from the GTRA Council Meeting. First and foremost is an excellent collaboration opportunity across federal agencies. The presentations I’ve attended were not only very interesting but very relevant to what we’re doing in our agency. I certainly plan to follow up with the presenters and use their briefing material to further the collaboration with what we’re doing with the other agencies. I’m very struck with the positive opportunity it represents for collaboration.

GTRA is probably one of the only events I’ll attend from here on out. If I am going to spend time and money on a conference, this would be it! We will definitely be back next year! This is by far the best conference I have attended – dealing with high decision makers has been great. I loved the roundtable discussions because you get to sit down and talk to customers about their problems. This is far better than a regular conference where the government officials just pick up a brochure and then leave.

GTRA has consistently continued to do what the past two Presidents have agreed is a top priority: bringing a diverse grouping of ‘disciplined’ from across the government. ‘GTRA is a vehicle to help realize our administration’s vision for government performance! GTRA preceded Obama and no one can ride the coat tails! If Kelly Yocum, Co-founder & Executive Director, GTRA, sees it and says it, it has to come true!” 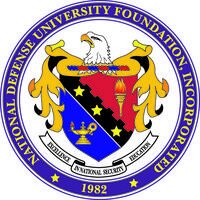 We get about 50 phone sales calls a week about other industry events – each telling us they have the greatest show out there. I myself have been to a number of different events and have found GTRA to be the best event I’ve ever been to. The event had the highest quality of attendee to vendor ratio, better than any other event that I’ve ever attended. GTRA did a great job making sure that all our priority meetings were met and that we were able to meet with additional executives that we weren’t scheduled to meet with. I would definitely recommend it to my peers!

GTRA brings in the ‘cream of the crop’ in the government and industry! No other event provides us the opportunities and access to high level government executives that GTRA does. For three days we get to connect with people and foster relationships through roundtables, casino night networking and strategy sessions. GTRA gets the right people; the number of high ranking officials is amazing!

The GTRA events are my professional highlights of the year. I really enjoy talking and exchanging ideas in with those I don’t normally get to work with. The nonDoD government has such a refreshing view on problems and solutions that I can’t help but bring back more ideas than I can even begin to implement.
The location was superb, but the friendships and time together was the best.
I love the fact that you know us by name and we’re considered friends!

The boardroom style is a brilliant idea-much better format than the exhibition hall and you get to hear other ideas-it works the way it’s supposed to!

The face-to-face collaboration and roundtable discussions allow for a more interesting interaction and a chain of networking. When you throw everyone in a room, it’s too broad and not effective. This is my first event, but it seems to be very efficient. The personal attention of the GTRA staff throughout the conference was most appreciated. Don’t ever lose the personal touch! It is a great differentiator for your organization to raise you above the pack!!

I hope your ears burn every time I mention your group to people who can’t get out of their own way. You guys are an awesome display of entrepreneurs, courage and most importantly…excellence.

GTRA provides valuable collaboration and networking with executives from across the federal government and commercial business partners in a non-hostile, non-political environment.

Of the 30 events that I have attended this year, GTRA is by far the best organized event and the technology presentations surpass all others!